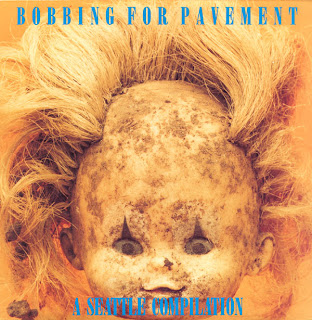 1991 was important year for me in terms of compilations. Three in particular stand out. The first one to get the ball rolling was the New Red Archives comp “Hardcore Breakout USA”. This was the first time I heard great bands like Samiam, Hogan’s Heroes and G-Whiz, amongst others. It was truly revelatory and showed us that there were still scenes all over filled with fucked up kids like us.

The next two comps were both put out by the Better Youth Organization and both ruled. Listening to 1982’s “Someone Got Their Head Kicked In” was a trip to southern California punk rock heaven, while 1984’s “Something To Believe In” had a SNFU cut that is worth the price alone.

“What’s your point?” you may rightly ask and all I can say is that I miss the days when comps were meaningful. Back then, a comp was often a genuine representation of a scene, a real voice about what was going on that time. Now, any moron can manufacture and distribute CDs for cheap. There’s little care and even less meaning. They’re just free throwaway CDs in your mailorder now.

Which brings me to this post. I would've liked Rathouse Records' 1991 comp Bobbing For Pavement (reissued later by Broken Rekids but now out of print). Yes, it’s a Seattle comp but who cares. The bands are good, and the songs are diverse. There's little or none of that 'g' word that rhymes with expunge. The Gits deliver some smoking songs, one of which would show up on their first record. There’s even a pirate tune and we all know you can't go wrong with that. For me though, Hammerbox really stole the show. Their songs are catchy and just a little dirty. Enjoy.

Download it now! Bobbing For Pavement
Posted by AdamBomb at 2:41 PM

Victims of the Womanizer is an incredible song.