The Warren Commission: Tricked By Cleverness (2001) 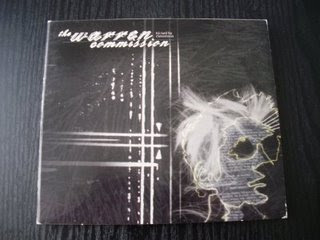 I read Punk Planet’s review for Tricked By Cleverness when it first came out and I remember thinking that The Warren Commission sounded cool. If I recall correctly, the venerable mag (RIP) said something like the band had girl/boy singing and evoked an early nineties indie feel. Further, the reviewer liked the girl’s songs over the boy’s.

That's about right. The songs where the girl sings are musical crack. Once you're hooked it's impossible to stop listening. You'd rather sell your grandma down the river than give them up. They're just so, I don't know, sweet.

The boy's few songs are awful. I keep thinking that it's like he wrote lots of the music for the band and felt entitled to sing solo at least two songs on the record. It was the least the rest of the band could do to repay him was his thinking. He thought wrong, but judge for yourself.

This was released by Espo Records and as far as I know, is out of print.

Download The Warren Commission: Tricked By Cleverness
Posted by AdamBomb at 6:15 PM