King Face was a part of the DC scene that had changed drastically after 1985's “Revolution Summer”. That was when musical vets decided to change their sound, focusing more on melody and structure rather than the blitzkrieg speed of hardcore. This all came about as an attempt to steer the scene away from right wing skins that had started crashing shows.

It’s into this scene that King Face was born. Now, as much as I would love to have a PhD in punk rock, I am not an expert when it comes to Revolution Summer, but from what I know, King Face seemed not to fit in. I say that because they are much more rock oriented than say, Embrace. They made no bones about how much they liked Ted Nugent and others of his musical ilk, but don't hold that against them.

I could never do justice to them in just a few short paragraphs, but here is a decent article if you want to know more: article 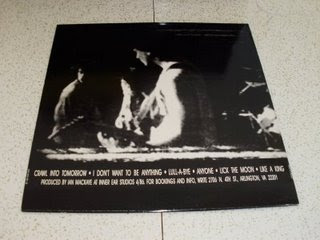