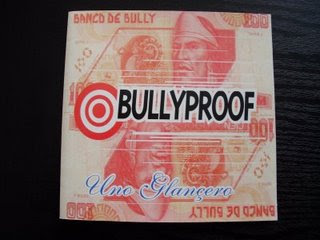 Jack Endino flew to the Badlands to produce it, which was a big, big deal. Even mainstream media reported it. It would've rocked without him, but having Endino at the helm certainly didn't hurt the cause. Regardless, what Bullyproof ended up providing us was an absolute ripping record: crisp barre chords recklessly shatter anything within screeching distance while the bass dances a jig and the drums smash them both together nicley. Oh, and the sugary vocals are almost sweet enough to cover the singer's despair. Almost, but not quite. 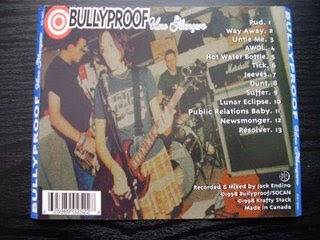