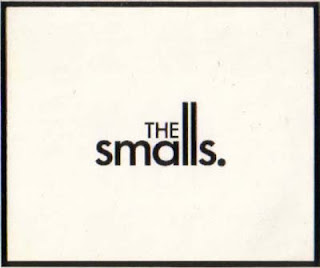 The Smalls are hard to explain. I guess you could say they were a band based on simple dichotomies. They were from Taber, Alberta, which is more famous for corn than any underground scene. Apparently, they all dug country, but you wouldn’t know it by listening to them (bassist Corb Lund would go on to a solo country thing). They weren’t ones to dominate a stage but you couldn’t help watching them when they were on it. And they weren’t the fastest band, but when they let loose it was incredibly cathartic as the pit became chaos.

The first time I saw them the show’s promoters, in an effort to educate mostly metalheaded morons, gave a little lecture on the proper etiquette for a pit. Such educational tidbits like how a pit is a clockwise circle and you shouldn’t be a jerk were announced to the crowd. The promoters even taped boundaries for the pit so that the boneheads wouldn’t get too out of hand. It was a cool idea, but I don’t think their students were paying attention, being that they were too busy writing notes, whispering and shooting spitballs. It was pretty violent, but then again, slamming to the Smalls was always tough, just like algebra, so who’s to say.

Here's their myspace page, where I lifted the image:
http://profile.myspace.com/index.cfm?fuseaction=user.viewprofile&friendid=39443388

Download it now: The Smalls
Posted by AdamBomb at 9:47 PM

The Smalls were an incredible band. I would put "My Dear Little Angle" up there with "Fully Completely" as one of the best Canadian albums of the 90's.

My band opened for them in Winnipeg a dozen times and every show (and after party) was a hallmark of that decade for us. As for the taping off the "boundaries" of the pit - wow. Where did you live? Mississauga? If there were kids on a Sunday afternoon - yes. Normally, keep your elbows down! Was the only rule.

In the many pits I participated in I only got injured once. At No Means No a 16 yr old girl accidentally headbutted me and broke my nose. The 90's were awesome.