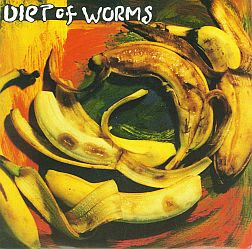 Originally recorded in 1984, this Oklahoma band’s only single wasn’t released until 1990. They played decent hardcore that would’ve sounded a whole lot better if they had had a better recording. The vocals seem to get the worse of it. Sometimes they’re tinny and raw and usually that might be cool to me, but in this case it can leave a lot to be desired.

This record actually reminds me a lot of another band that recoded in the first half of the 80s, but didn’t release unti1 1990, Bored Youth. Bored Youth had the early Midwest sound: loud, fast, and simple. They also had vocals that to my ears sound eerily similar: tinny, a bit whiney and definitely under produced.

Images from Kill From The Heart 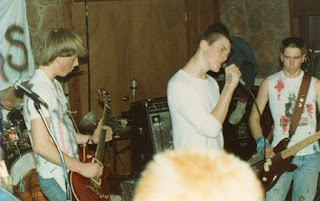 Bored Youth’s Touch and Go is available on the blog Rare Punk Music to Share: Bored Youth
Download Diet of Worms here: Diet of Worms
Posted by AdamBomb at 2:18 PM

Been looking for the diet of worms EP for ever,had a tape for about 18 years,I may post this on my blog since Im trying to post lots of underground Okie stuff,I'll give ya shoutout.....http://convulsingdischargeofinanity.blogspot.com/